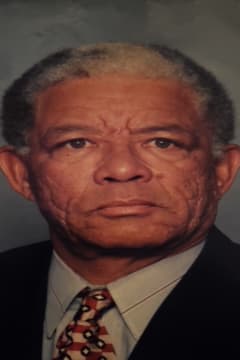 Homer Clayton Dawkins was born in Greensboro, N.C. to the late Laura Mattie Dawkins and Scott Daye on July 16th, 1942. He received his elementary education through the Greensboro Public School System and graduated from James B. Dudley High School in 1959. “Dutch” (as he was known by friends and family) sought to further his education by attending N.C. A&T State University until he decided to serve his country by enlisting in the United States Navy in 1961. He served in many foreign deployments (most notably Vietnam) and received an honorable discharged from the Navy in August 1966. After his time in the military, he returned home to Greensboro with intentions of going back to A&T to pursue his degree in Physical Education and become a Physical Therapist. However, Dutch settled into the world of sales and worked as a successful car salesman for over 30 years. Despite having found his niche, God had other plans for him. Homer received and accepted “the call” into the ministry in late 1984. He became a candidate for ministry in 1985 and completed the required course of study at the Duke Divinity School in 2001. He was ordained at the Annual United Methodist Conference of Western North Carolina by Bishop Charlene Kamarer in 2000. Reverend Dawkins served appointments to the St. Peter/Feree’s Chapel United Methodist Church Charge in Randleman, NC for 8 years; followed by the Holmes Grove UMC in Greensboro, NC for 8 yrs. Most recently, he served the Withers Chapel UMC in Belews Creek, NC for 9 years until he retired in June of 2019.

Dutch had numerous hobbies and interests which included cooking, photography, watching sports on t.v. and home improvement projects when time permitted. He loved his family, but he especially adored his grandchildren where he was affectionately known as “G-Poppy” or “Pop-Pop”. After a brief illness God called his servant home on Saturday, September 25th, 2021. In a moment of reflection during his latter years, Reverend Dawkins said that he felt his purpose was to “help somebody and be a blessing to others”. He said that if he had done that, then he had fulfilled what God wanted him to do.

A Celebration of life service will be held on Monday October 4,2021 at St. Matthews United Methodist Church,600 East Florida Street. The visitation will begin at 10:00am and the service will follow at 10:30 am. Burial will be at Lakeview Cemetery.

Send flowers to the service of Reverend Homer Dawkins