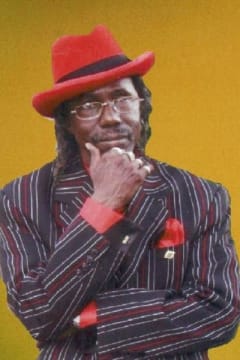 Val Alexander, Jr. was the son of Mr. and Mrs. Val Alexander, Sr. and Elizabeth Emanuel Alexander. He was born and raised in the city of Greensboro and is a Class of 1967 Graduate of Dudley High School. He was married to Beatrice Alexander who preceded him in death. He was the youngest of nine children. His mother gave him a guitar for Christmas when he was a teenager. He taught himself to play and used his talent to bless people throughout the United States and around the world. He is one of the Original Gospel Keynotes.

He and his wife Beatrice lived in New Jersey for a period of time until they decided to settle down in Union Springs, Alabama to be close to her mother. To their union they had one daughter Simone Alexander. He left Union Springs and relocated to Greensboro in 1997 when his mother became ill. He came off the road of singing gospel music to take care of his mother and was able to gain employment working for the Industries of the Blind where he served as Assistant Supervisor. He also continued to play for the Original Gospel Keynotes part-time.

Upon returning to Greensboro he used his skill of playing the guitar to teach, promote and play for local groups as well as his church Mt. Pleasant Christian Church Disciples of Christ for which -he had been a member since 1963. He played for the Mattie Alston and the Voices of Praise, The Sons of Zion, The True Tones, The JJ Gospel Singers and the Harmonizing Five to mention a few. Val was a loving and devoted husband, father, son, brother and uncle. He was very humble and quiet and soft spoken.

A public viewing will be held Tuesday, December 22, 2020 from 4pm-6pm in the Cassie Coote-Brown Chapel of Perry J. Brown Funeral Home. A private graveside service will be held at Lakeview Cemetery.

Send flowers to the service of Val Alexander III