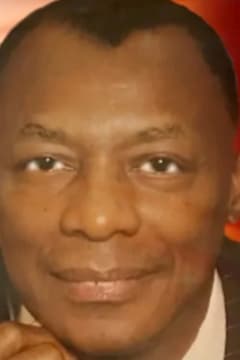 Johnnie (Dump) Earl Stanfield, Jr. born to the late Johnnie Earl Stanfield, Sr. and Ardelia Dalton Stanfield, September 5, 1951 in Stoneville, NC, Rockingham County. Johnnie accepted Christ early in his life and was a member of Oak Grove United Methodist Church, Stoneville, NC. Johnnie attended Stoenville High School and was known for his athletic abilities in basketball and his quiet dosposition, unless he was fiercely cheering the Dallas Cowboys. Upon graduation in 1969, Johnnie joined the United States Army and served as a military police for over 20+ years until his honorable retirement. During his time in the military Johnnie was respectfully called "Stan" and this name stuck and when you called him you would hear, 'Stan speaking'. During his time in the United States rmy he spent time in Korea Germany, various parts of the U.S. and even was assigned to the U.S. Pentagon as a Military Police. He received his Bachelor of Science degree in Criminal Justice from Central Texas College while serving his country. Johnnie received many medals and awards such as Army Service Ribbon, Army Lapel Button, National Defense Service Medal with Bronze Service Star, Overseas Service Ribbon, Armed Forces Expeditionary Medal and Army Good Conduct Medal. After retirementhe was employed with the United States Homeland Security.

During Johnnie's extensive travels, he settled in Vicksburg, MS, where he was joined in holy matrimony to Dr. Deborah Elston Stanfield, 2011 after reuniting their love 40 years later and their union she will surely miss. He was preceded in death by his oldest son, Johnny (Kritty) Parker Stanfield and brother, George Stanfield. He leaves to cherish his memory: daughters; Tia Elston (Vicksburg, MS), Caitlin Stanfield (Fresno, CA), and stepson Calvin Williams (Vicksburg, MS). Johnnie was the eldest son leaving siblings; Jeremiah (Daria) Stanfield, William (Marilyn) Stanfield, Pamela (George) Stanfield Jackson and Priscilla (Anthony Stanfield Siddle. His cherished grandchildren; Dalton (DJ), Ardelia (Delia), Adaysha and Jermaine. He loved his nieces, nephews, cousin-siblings, family and friends. Johnnie loved the Lord and was a faithful and devoted member of Work of Faith Christian Center, Vicksburg, MS, where he serv ed on the Men of Valor Security Ministry, until the Lord called him from labor to eternal rest.

Send flowers to the service of Johnny Earl Stanfield, Jr.