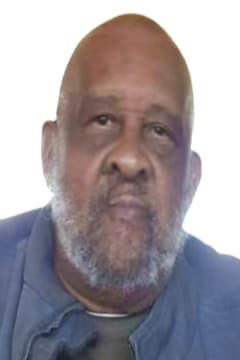 Mr. George Robert France, Sr. was born to the union of Thomas Matthew France and Annette McLaughlin on March 21, 1946, in Aberdeen, NC. He left earthly existence on January 18, 2022, at WFBH High Point Medical Center in High Point, NC. In addition to his parents, he was preceded in death by his beloved wife of 49 years, Marcella France; a daughter, Jacqueline Robbins; two siblings, Henry France and Willie Arthur France.

George was educated in the Moore County School System. Big George, as he was known by his peers, was an employee of The Blacksmith Shop where he was deemed a master craftsman of furniture. He also worked at Slane Hosiery Mill for twenty-five years, where he later retired.

George was a devoted husband and father. He had a heart of gold and lived his life to help others. As the old saying goes, “He never met a stranger.” George was always giving of himself many times even into his older years. PawPaw, as he was affectionately known by his grands, loved his grandchildren, as well as his great grands. There was never a day that went by when he was not sharing a funny story about one of them. Whether you knew him as Mr. George, Big George, PawPaw, or just the man that waved when you drove by on Windley Street, he will indeed be missed. Gone but never forgotten!

Send flowers to the service of George Robert France, Sr.