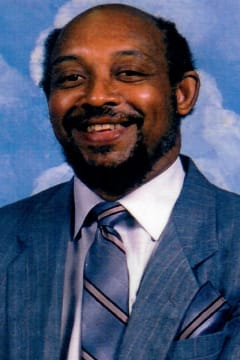 Time stopped and eternity began for Edwin Carlyle Council before the break of dawn on Sunday, March 21, 2021. He was born on June 6, 1941 in High Point, North Carolina to the late William Council and Lucy Gertrude Hobson Williams. He was also preceded in death by two sisters, Brenda Faye Williams, Mary Ella Oneil; one brother, Lumpkin Williams, Jr.

“Ed” as he was fondly known, graduated from William Penn High School, Class of 1961. Ed was a avid football fan of both Andrews High School and the Carolina Panthers. He could be seen alongside with his brother-in-law, Pastor William Buckson in the coldest weather cheering on the Raiders Football Team.

Ed went on to serve in the Army National Guard. He was multi-talented as a Television Technician. He was employed for several years with Alma Desk Industries prior to being employed for Thomas Built Buses where he later retired.

Final arrangements are entrusted to Phillips Funeral Service, In

Send flowers to the service of Mr. Edwin Council