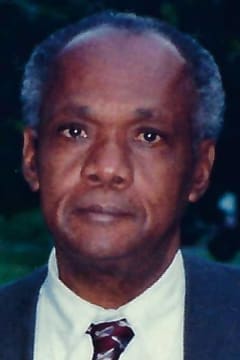 Louis Jacques Brunache was born April 17, 1936, in Abricots, Haiti. He is the eldest son of the late Denis and Alice Brunache [Nee] Hyppolite. Jacques departed life on January 8, 2022, at 9:10 a.m. after a short illness. Jacques is predeceased by his brother, Cadestin Robert, and sister, Rosemarie Gabriel.

Jacques attended secondary school in Haiti and then joined the Haitian Coast Guard. He married Alice (Lucien) Brunache on December 30,1961. Afterwards, the family traveled to Guadeloupe to pursue a better life. He immigrated to the United States in 1969, and lived in Brooklyn, NY. Jacques continued with a career at Burlington Industries as an office manager and retired after 23 years of service in 1995.

Jacques and his wife spent their first 21 years in retirement living in Haiti. Due to the catastrophic earthquake that hit Haiti in 2010, they moved back to the United States to be closer with their children.

Jacques loved to play dominoes and talk about Haiti’s history, culture and politics. He enjoyed listening to Haitian radio and music, as well as playing the lottery.

In lieu of flowers, monetary contributions may be sent to the family.

Send flowers to the service of Mr. Louis Jacques Brunache