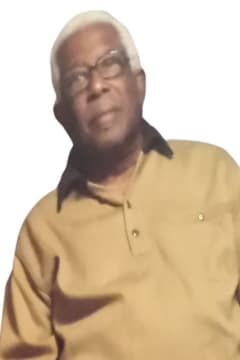 Ronald Lee Long, 77, was one of four children born to the union of the late Ralph and Rossie Melton Long, Sr. He was born in North Carolina on May 3, 1943 and resided in High Point until his earthly life stopped on Friday, March 26, 2021 at Wake Forest Baptist Medical Center. As the sun set on his earthly life, he gained his eternal wings at 9:37 PM. He was also preceded in death by two sons, Andre Dewan and Keith Maurice Long; one brother, Reginald Thomas Long, and one sister, Ruby Jean Long Harris.

Ronald attended the High Point Public Schools and William Penn High School. Although he began his career with Gilbarco, he eventually decided to take classes to obtain his certificate for working on heating, ventilation, and air conditioners (HVAC). It was this specialized skillset that allowed him to market his name and gain the trust of many Triad residents who constantly called on him to fix or replace these units. Ronald was hired and became a part of the maintenance staff at Northeast Middle School and worked there for a couple of years before finally accepting a position at North Carolina Agricultural and Technical State University (NCATSU) on July 1, 1987 as an HVAC Technician in their facilities department. After 30 years of dedicated service, Ronald retired from NCATSU in 2016.

Ronald loved to bowl, listen to classical music (his favorite was Beethoven), and read. He enjoyed getting up early in the morning to go to the gym and then grab breakfast and conversation with others at McDonalds. His loving wife characterizes him as a great provider. He helped both family and friends alike and enjoyed spending time with his family and grandchildren. His greatest joy was accepting Christ as his Savior and becoming a member of the Deep River Church of Christ. He loved learning about God’s word and would often host Bible Study in his home until his health prevented him from doing so.

On November 2, 1960, he was united in marriage to Gloria, his loving wife of 60 years. Their union blessed them with six children.

A private memorial service will be held Saturday, April 10, 2021 at Phillips Funeral Service Chapel. The family will receive friends at the chapel from 2:30 p.m. until 3:00 p.m.

Send flowers to the service of Mr. Ronald Long