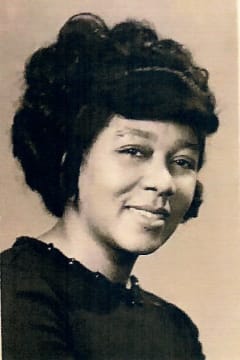 Evangelist Betty Lou Lawrence, age 88, passed away early Sunday morning on March 21, 2021. On January 18, 1933, she was born in High Point, North Carolina, to James C. Jones and Maggie Jones, both deceased. Betty attended school and spent most of her life in High Point. She married her high school sweetheart, Benjamin J. Lawrence, II, and they lived on Wendell Avenue for many years. He was the quarterback of the football team, and she was the head majorette. From their marriage, seven sons and one daughter were born: Benjamin Lawrence, III (Gerda), Adrian Lawrence (Shirley), Donald Lawrence (deceased), Perry C. Lawrence (Vikki), Kim Lawrence (Tabitha), Derrick Lawrence, Dr. Karl Lawrence, MD (Chindi), and Adrine (deceased).

Betty was a loving wife and a great partner to her husband. She was a businesswoman and evangelist in the Church of God of Prophecy, and she traveled with her husband and served the Lord in every way she could. They ministered in Siler City, NC, for five years, High Point, NC for seven years, Liberty, NC for one year, and Asheboro, NC for one year. While in Liberty, NC, a church was organized. She was faithful in services in different positions in these churches.

In 1967, her husband was called to serve under appointment in Church of God of Prophecy International Headquarters in Cleveland, TN, first as Home Mission Worker and then as Bible Training Institute Representative, for a combined total of 24 years.

As mentioned, she was a businesswoman when she wasn't traveling with her husband and could manage enough time to make custom-made draperies, paint pictures, make hats, and sell them for herself and missions. She was also a great poet and writer and published two books through the White Wing Messenger, located at the Headquarters of Church of God of Prophecy in Cleveland, TN.

She wanted her six sons to be workers in the church, so the Sons of Faith gospel group was organized. She made matching sport coats and pants for the group. They are still singing today.

She had a beautiful voice and sang on many programs at the General Assembly every year. She was the lead singer in a gospel group called The Jones Sisters, for whom she also made tailored dresses.

A private funeral service will be Saturday, March 27, 2021 at Phillips Funeral Service Chapel. Interment will be held on Sunday, March 28, 2021 at Carolina Biblical Gardens.

Send flowers to the service of Mrs. Betty Lawrence