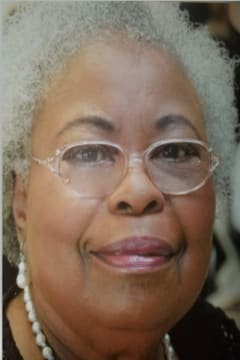 Zelma Delilah Reid Perry, more affectionately known as “Dee,” was born March 7, 1946 at home on Kivett Drive in High Point, NC. She peacefully slipped into the loving arms of Jesus on Tuesday, March 23, 2021 at Novant Health Medical Center in Kernersville, NC. Dee was the daughter of the late Pinckney Alexander Reid and Zelma Marie White Reid. In addition to her parents, Dee was preceded in death by her beloved son, Robert Louis Perry in 2009.

Dee was a proud graduate of William Penn High School in High Point, NC, Class of 1964. Soon after graduation, she enlisted in the United States Navy. She received an honorable discharge in June of 1966, and later continued to work as a civil servant. Upon returning to North Carolina in 1978, Dee became an active member of Greater First United Baptist Church (GFUBC) on Deep River Road in High Point, formerly known as First United Baptist Church.

After leaving the corporate world and Prudential Life Insurance, Dee was a very caring Certified Nursing Assistant (CNA) at Wesleyan Arms Nursing Home for many years, as well as a private-duty caretaker for many families in the area. She retired in 2010.

A private funeral service will be held on Tuesday, March 30, 2021 at Phillips Funeral Service Chapel. There will be No Public Viewing.

Send flowers to the service of Mrs. Zelma Delilah Perry