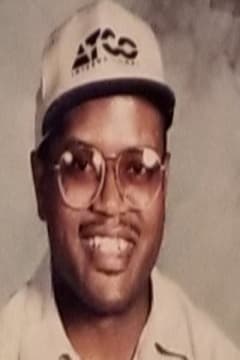 He was loved and cherished by all of his siblings. Educated in both Florida and Alabama school systems, Stevie graduated from Sidney Lanier High School. He worked as a truck driver and later as a school custodian, until he developed a debilitating illness. Stevie was married to Barbara Fair and from that union they had two beautiful daughters; Britney and Jessica. Stevie adored his daughters always speaking fondly of his memories of family life with Barbara, his daughters, and granddaughter Trinity. It goes without saying that Barbara, Britney and Jessica provided relief in his care throughout his illness.

Stevie spent years in the care of his devoted mother, and she provided care for all of his physical and spiritual needs. Always encouraging him to pray and listen to Jehovah’s word.

Stevie never lost his sense of humor. In fact, you could often hear him saying its Marvelous Monday, Terrific Tuesday, and so on. If you knew Stevie, you know he was always well groomed. Parrish his caretaker and friend always made sure he had a good haircut.

All of Stevie’s siblings recognized his love of music. Many of the songs he listened to held multiple meanings. He learned the ‘Joy and Pain’ of life, that there is ‘Nothing Better than Love, and let’s keep it real, other times he enjoyed ‘Having a Party’. But as he continued his fight with MS, at times his words did not come together but if you listen to the melody .... his love was in there hiding and he was singing, ‘A Song for You.’

We always called him affectionately “Steve” and his memory and love will always remain in our hearts.

The family would like to thank all of the healthcare workers who cared for Stevie during his prolonged illness.

To our family and friends: Given the great outpouring of support please know that we appreciate each and every one of you. Thank you for being there during our time of bereavement.

Send flowers to the service of Mr. Stevie Payne