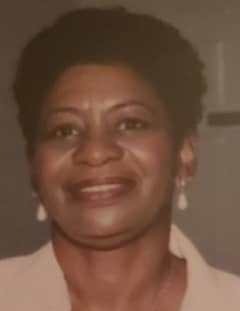 She was born in Washington D.C and raised in Montgomery, AL. She received her early education from Alabama State Laboratory High School on the campus of Alabama State University in Montgomery. Her higher education began at Tuskegee Institute (now known as Tuskegee University) where she received a Bachelor of Arts Degree in Sociology/Social Work. Sherrion continued her education at Auburn University Montgomery where she earned a Master of Arts Degree in Guidance and Counseling. Following the completion of her education, she became one of the first African American’s hired by the State of Alabama Department of Industrial Relations where she began a profession as a career counselor in 1971. She held this position until her retirement in 2003 after thirty-two years of service to the State of Alabama.

Sherrion answered God’s calling under the pasturage, leadership and training of Rev. Dr. Kathy McFadden of Old Ship A.M.E Zion Church (Montgomery, AL). She received her biblical and pastoral training from the A.M.E Zion Church curriculum, following which she was awarded a license in June 2006. She was ordained in 2007 where she served as co-pastor at the Legrand Community Church in Montgomery, Alabama. She later joined Grace Worship center Montgomery, Alabama, where she was a devoted member.

Send flowers to the service of Sherrion Tolbert