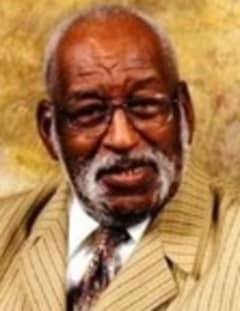 On September 5, 2018 The Honorable James Thomas Alexander Finley Jr. known to most as Bishop James Edward Finley departed this earthly life peacefully to be with the Lord.

He was born on December 20, 1933 and was raised in Big Zion AME Zion Church. He later received the Holy Ghost at the age of 17 at Adams Street Holiness Church where he became the Minister of Music and at the age of 18, he was called to preach the Word of God.

James E. Finley graduated from Central High School in 1951 and married his lovely wife, Helen E. McCoy Finley. He joined the U.S. Army in the mid 1950s where he served as a Medic and was stationed in Nuremberg, Germany. While in Germany, he and his wife bore a son named Gordon Demetrius Finley in 1958 whom succumbed within a hour of birth. Upon returning to the U.S., he was appointed Assistant Pastor at Adams Street by the late Bishop W.T. Phillips. During his tenure, he became the Pastor of Hillsdale Heights AOH Church of God.

In 1964, Elder Finley was appointed to Mt. Zion AOH Church of God in Dayton, Ohio where his ministry thrived for 10 years and he was elevated to the rank of Overseer. In November of 1973, after the passing of the late Bishop W.T. Phillips, he was appointed the Pastor of Phillips Temple AOH Church of God where membership grew from 500 to 1600 over a 16 year span.

In 1989, he was led to establish Christ Temple Apostolic Church as well as the Apostolic Assemblies Fellowship Inc. In 1990, he was consecrated into the Bishopric by the late Bishop Robert McMurray from Los Angeles, CA among a number of other prominent Bishops.

In December of 1993, after having held services at Emmanuel Seventh Day Adventist for four and a half years, the first facility of Christ Temple was built and the congregation was finally able to worship in their own edifice. In 2002, a mortgage burning ceremony was held to signify ownership of this phase. In 2007, the second phase to Christ Temple was added known as All Saints Memorial Hall.

After 54 years of pastoral ministry, Bishop Finley was elevated to Bishop Emeritus of Christ Temple Apostolic Church and the Apostolic Assemblies Fellowship Inc., which increased to 20+ churches at its height.

Send flowers to the service of Bishop James E Finley 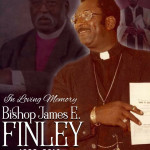