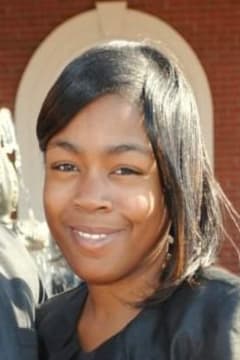 She received her formal education in the public schools of Williamsburg County and was a 2006 graduate of C.E. Murray High School. She also attended Claflin University in Orangeburg, South Carolina.

Leah decided to be baptized and received Jesus Christ as her personal Savior early in life. She later joined the Apostolic Faith Church in Kingstree, South Carolina. It was there that she continued her passion for singing by joining the choir. Although Leah fought sickness from an early age, she never let it deter her faith in God. She was a fighter until the end and she inspired her family with her strength and faith. She was the sweetest soul who made the lives of everyone she touched better. She showed her love to others not only through words, but by her actions. She was a talented cook, who preferred to make everything from scratch and could remember every family recipe her momma and granny used to make. She often expressed her love for others by cooking them their favorite dishes. One of her favorite things to do was watch cooking shows and read cookbooks or magazines.

She was united in holy matrimony to Rickco Eugene Ravenel on November 18, 2008. Their union led to the birth of one daughter who preceded her in death, Bella Rose Ravenel.

Leah did not get to do everything she wanted in life, but her biggest dream came true on March 13, 2021 when she became a mom. Her son, Rickco or “Munchkin” as she lovingly called him, was her greatest blessing and a reminder that God had not forgotten the desires of her heart. Her legacy will live on through him.

Due to COVID-19 guidelines, the family is not receiving friends.

Send flowers to the service of Leah Cooper Ravenel