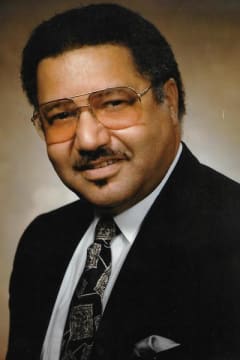 Dr. Clinton Vassett Turner, Sr., 76, of Richmond, departed this life Friday, May 15, 2020. He was the youngest of three sons born on October 27, 1943 in Appomattox, Virginia to William Burnett and Ethel Harris Turner. Dr. Turner received his early education in Appomattox, Virginia and upon graduation entered Virginia State College (now University) where he received his Bachelor and Master degrees in Agriculture. He furthered his education at Virginia Tech where he received his Doctorate of Education Degree in Vocational and Technical Education. Dr. Turner’s first job at Virginia State University was Extension Specialist in housing and structures where he worked with county extension agents and various agencies throughout the state teaching classes in home repair and remodeling. He also taught new home buyer classes in local counties. As his career grew at Virginia State University, Dr. Turner served as Associate Vice President for Agriculture and Extension within the College of Agriculture and Vice-President and Administrator of 1890 Programs at Virginia State University. He also served as the President of the Virginia State University Agricultural Alumni Association. At the height of his professional service, Dr. Turner was appointed as the Commissioner of Agriculture and Consumer Services for the State of Virginia by then Governor L. Douglas Wilder. He was the first African-American in the nation to hold a cabinet level position in Agriculture. Dr. Turner touched many lives during his professional career for which he received numerous awards and recognitions. Most notable are the 1994 Virginia Man of the Year Award, the Virginia Polytechnic Institute and State University Agricultural Alumni Organization Distinguished Service Citation and the George Washington Carver Public Service Hall of Fame Award from Tuskegee University, making him the first Virginian and the first Virginia State University alumnus to be inducted. In addition to his professional affiliations, Dr. Turner was a life member of Kappa Alpha Psi Fraternity, Inc. and was a member of the Masonic Lodge in Appomattox, Virginia. He was a member of Fourth Baptist Church in Richmond, Virginia, where he served as Financial Trustee and performed key leadership roles in various organizations and ministries. In his spare time, Dr. Turner enjoyed spending time with his family, barbecuing, traveling and watching mysteries, football and westerns on television. In addition to his parents preceding him in death, he was also preceded in death by two brothers and two sisters-in-law, William Burnett Turner (Celestral) and Charles Leon Turner (Dora), both of Appomattox, Virginia. Left to cherish his memory are his devoted wife of 51 years, Lelia Aldora Green Turner; two sons, Clinton V. Turner, Jr. (Kara) of Upper Marlboro, Maryland and Michael B. Turner of Appomattox, Virginia; two granddaughters, Kayla and Karrington Turner; three nieces, Gwendolyn Turner, Tamara Turner and Katherine Turner; nephew, Michael Leon Turner; sister-in-law, Shirley Diggs of Plainfield, New Jersey; brother-in-law, Emmett Green of Baltimore, Maryland; other relatives and many close friends. Dr. Turner was deeply respected by the lives he touched, loved by many and will be sorely missed by all. May he rest in eternal peace. Remains rest at Scott's Funeral Home, 115 E. Brookland Park Blvd. where viewing will be held from 10 a.m. to 8 p.m. Friday, May 22, 2020. A private service will be held at 11 a.m. Saturday, May 23 at Scott's Chapel, 116 E. Brookland Park Blvd. Rev. Eric Jackson officiating. Interment Mt. Shiloh Baptist Church Cemetery, 5220 Reedy Spring Road,, Spout Spring, Virginia. Livestreaming and online guest book at scottsfuneralhome.com