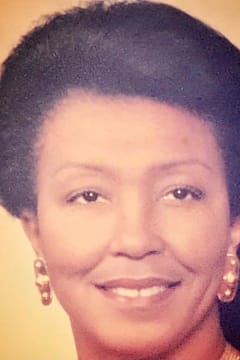 Dr. Cynthia McClennon Charity, 73, of Richmond, Virginia, departed this life October 13, 2021 surrounded by her beloved family. Born in Winston Salem, North Carolina, on February 2, 1948, to the late Leslie Dallas McClennon, Sr. and Annie Harper McClennon, she attended Atkins High School, where she excelled in academics, athletics and service. As the salutatorian of her high school class, she was selected as part of the first wave of African American students to integrate Vanderbilt University in Nashville, Tennessee, where she graduated with a degree in Biology. It was in Nashville at Vanderbilt's homecoming celebration in 1966 that she met the love of her life, Dr. Renard Adkins Charity, Sr., then a student at nearby Meharry Medical College, through mutual friends. Following their courtship, the couple was married on August 26, 1967, in a garden ceremony at her childhood home in North Carolina. Their first child, Renard Charity, Jr., arrived in 1968, further motivating the young couple to focus on their shared vision for a future in medical private practice.

As both one of the few African Americans and one of the few women in her classes at the time, Dr. Cynthia Charity completed her studies at the College of Physicians and Surgeons, Columbia University, in May 1976. She completed additional coursework at the City College of New York and the University of Richmond. Successful completion of medical school is no small feat for any person; however, it was so rare for a married woman with a young child to complete her studies during that time that she was honored with a feature article in her medical school yearbook. A second child, Anne, arrived in 1976, and a third, Renée, completed the family in 1978. Dr. Charity completed her residency in Pediatrics at the Medical College of Virginia from July 1976 to January 1980. She opened a Pediatric Medical Practice in January 1980, practicing from the same building as her husband's Obstetrics and Gynecology Practice at 1500 Semmes Avenue, Richmond, until they built medical office buildings at 700 West Grace Street and 101 Cowardin Avenue.

Dr. Charity was delighted to see her patients grow up under her care. Rarely could she and her husband go to the store or run an errand without hearing the call, "Dr. Charity! Dr. Charity!" by adoring former patients greeting them enthusiastically. She loved all of her patients over her 26 years of private practice from 1980 to 2006, when she retired.

Involved in many entrepreneurial endeavors and a member of many organizations and boards, Dr. Charity was the happiest when engaging in creative pursuits such as sewing a garment, crocheting or cross-stitching elaborate patterns, and beautifully decorating her home for each holiday. She enjoyed watching the sunset at her home on the James River, traveling the world with her husband, and most of all, spending time with cherished family members and friends. She was a member of Gilfield Baptist Church, Charles City, Virginia.

In addition to her parents, she was also predeceased by her brother, Leslie D. McClennon, Jr.