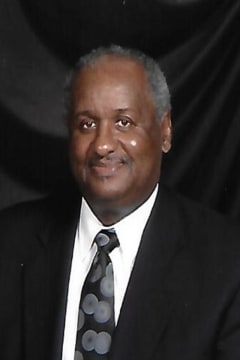 The Rev. Dr. James Edward Leary, 86 died on July 23, 2021. He was born March 8, 1935, in Ashburn, GA, the son of John Henry and Ardelia (Holmes) Leary. The grandson of a slave, he was the 13th of 16 children. Dr. Leary served our country in the United States Air Force from which he was honorably discharged in 1958. Dr. Leary earned his B.A. (cum laude) from Morris Brown College (GA), M. Div. from Andover Newton Theological Seminary (MA) and D. Min from United Theological Seminary (OH). He was baptized in 1944, licensed to the Christian ministry in 1959 and ordained as a Christian minister in 1960. He was a member of the American Baptist Churches USA and served as Pastor for 40 years (1960-2000) to seven churches in Virginia, Georgia, Massachusetts, Rhode Island and Wisconsin. He served as the Assistant to the Dean and Adjunct Professor at Virginia Union University School of Theology, Richmond, VA and Instructor at the Milwaukee Theological Institute, Milwaukee, WI. Upon his retirement, Dr. Leary served as Interim Pastor to the following churches in the greater Richmond, Virginia area: The Historic Ebenezer Baptist Church (twice), Jerusalem Baptist Church (twice) Manakin-Sabot, Virginia, the Historic First African Baptist Church and Mosby Memorial Baptist Church. Dr. Leary was the recipient of more than fifty awards and plaques for his service to churches and communities where he served as Pastor and Interim Pastor. He held numerous positions in religious, civic and community groups. While serving as the President of Richmond Committee of Black Clergy in 1970, Dr. Leary led the group in celebrating the first Dr. Martin Luther King Jr. Birthday holiday in Richmond, VA. He was a beloved husband, father, and grandfather who loved his wife, children, and grandchildren. He loved thinking and dreaming which he did through numerous innovative church programs at all of his churches. He was a problem solver and a solution finder which led to him helping several churches burn their mortgages. Dr. Leary was a humble man who was proud of being a “country boy from Georgia”. The life lessons he learned along the way helped him be a father figure to many. He was always quick to say that you can’t stay down, and believed in the Grace of God. Dr. Leary was a liberation theologian who believed in the power of the word to bring about social change. He is survived by his wife of 59 years, Shirley Elaine Fitzpatrick Leary, his three daughters Tamar Leary Briley, Tracy Patricia Leary, Teresa Leary Handy (Carl), and four grandchildren: Jonathan Edward Briley, Olivia Renee Briley, James Robert Peter Jenkins III and Phoebe Louise Elaine Jenkins, one sister Edna Ruth Leary (NJ) and a host of nieces and nephews. A private ceremony to be held at Scotts Funeral Chapel. Interment will be at Greenwood Memorial Gardens. In lieu of flowers, please make contributions to Morris Brown College, 643 Martin Luther King Jr. Blvd. Atlanta, GA 30314.