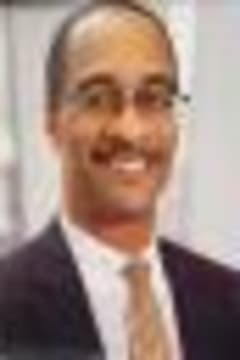 Craig Terence Gorden departed this earthly life and went to be with the Lord on Friday, July 15, 2022, in Atlanta, Georgia surrounded by family.

Craig Terence. Gorden, Sr. was born in McComb, Mississippi on September 7, 1960. The eldest child of the late W.C. and Vivian Gorden, Craig’s early childhood education began at St. Mary’s Catholic School in Vicksburg, Mississippi. His formative years of grades 2 through 6 were well cultivated at Holy Ghost Catholic School when he then moved to Jackson (Mississippi) with his family in the spring of 1967. Craig completed the remainder of his school years with the Jackson Public School District which included his high school years at his beloved ‘833’, Lanier High School. He was bestowed the honor of having received peer recognition awards as Mr. Sophomore and Mr. Junior followed by the coveted title of Mr. Lanier during his senior graduation year in 1978. With striking appeal, winsome charm and wit, Craig was also named as Lanier High School’s Most Handsome each year.

An ardent sports aficionado from his early years, Craig was very active in sports throughout his childhood, he participated in Little League Baseball and Football teams. While at Lanier High School, he also played baseball and was a member of the Lanier High School Marching Band. Upon his high school graduation, Craig attended Jackson Sate University where he was a member of the JSU Sonic Boom of the South’s ‘War and Thunder’. A talented musician, Craig at one time, considered making music a career. His passion for music led him to join the group, Magnum Funk in the early 80’s as the lead drummer. They later recorded a hit song entitled Do A Little Love”, which rose to the local Top Charts in Mississippi. To add to his repertoire, Craig’s charismatic personality gained him the honor of being an escort for the Gayfer’s Department Clothing Store.

Craig served in the United States Army Reserve, he was trained for Basic Combat Training (BCT) at Fort Leonard Wood, Missouri. The employment career of Craig T. Gorden is peppered with intermediate to mid-level management positions. He thoroughly enjoyed his career with Mississippi Employment Security Commission for six years until he relocated to Atlanta, Georgia in 1988. Craig worked with Wachovia Banks of Atlanta and continued to work in the banking industry for several years thereafter. He eventually applied his Basic Combat Training into his working profession and began working in security. As a youth, Craig was a member of Central United Methodist Church where he participated as an acolyte. After moving to Atlanta, he joined Cascade United Methodist Church under the leadership of Pastor Joseph E. Lowery, where he was a member of the Male Chorus and the United Methodist Men. He remained a faithful and an active member there until his death.

Craig was always a vibrant, loving, and extraordinary person. He was married to Pamela Tucker Gorden, affectionately known by Craig as his “Sweet-thang”. To this union three children were born: Craig (CJ) T. Gorden, Jr., Michael Gorden and Kayla Gorden. He truly loved his children and took great pride in acknowledging and encouraging them to reach all of their achievements and career goals. Craig was preceded in death by his father, The Legendary Coach W.C. Gorden. He leaves to treasure his memories three children, Craig Gorden, Jr. (Eryn) of Atlanta Georgia; Attorney Michael P. Gorden of Jackson, Mississippi; and Kayla Gorden of Stone Mountain, Georgia. His former wife, Pamela Tucker Gorden, of Stone Mountain, Georgia, his mother, Vivian H. Gorden, one brother, Robin V. Gorden, (Vonda) and two special nieces, Robyn V. Gorden, all of Jackson, Mississippi, and Kamera D. Gorden, of Nashville, Tennessee along with a host of extended family members, uncles, aunts, cousins and friends complete the legacy of Craig Terence Gorden, Sr.

Send flowers to the service of Craig Terence Gorden, Sr.