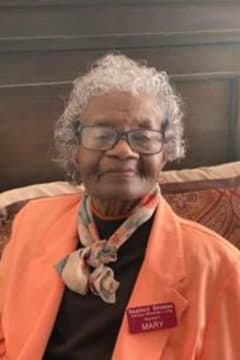 The funeral services for the late Mrs. Mary Jones of 500 Walton Way, Apt. 335, Roswell, Georgia who departed this life on Wednesday, April 20, 2022 at her residence, will be held on Saturday, May 7, 2022 at 12:30 p.m., from the Westview Memorial Cemetery in Ashburn, Georgia. Services may be viewed Facebook Live from the "Shipps Funeral Home" Facebook page or by clicking the Video Stream link on this site's Home Page.

Mary Frances Jones’ life began on May 3, 1934 in Sycamore, Georgia. She was the daughter of the late Mr. and Mrs. Richard and Hattie Martin Jones.

Mary Frances started her formal education in Sycamore/ Ashburn Georgia, where she attended Eureka High School. She was a 1955 graduate of Albany State College, where she received a Bachelor of Science degree in Elementary Education. After graduation, Mary was employed in several school systems in Georgia. In 1959, she relocated to Philadelphia, Pennsylvania, and continued her teaching career. While in Philadelphia, Mary served as a Long Term Substitute Teacher for 12 years. In 1972, she was appointed as a Permanent Teacher at Kenderton Elementary School, where she served for 21 years before retiring in 1993. In total, Mary was employed for 33 years with the School District of Philadelphia.

Mary’s Christian experience started at an early age, as she grew up in the Christian home of her grandparents, the late Samuel and Emma Francis Martin. She united with the Zion Hope Missionary Baptist Church in Sycamore, Georgia, under the pastoral leadership of the late Pastor Miller. She was active in the B.Y.P.U, Sunday School, and was a member of the Young Peoples Choir. As she grew older, her favorite hymns were: “Jesus Keep Me Near The Cross”, “Pass Me Not”, “Walk With Me, Lord” and “Take my Hand, Precious Lord”. In 1978, Mary Frances united with Shalom Baptist Church under the pastoral leadership of the late David Weeks, Jr. She joined the Senior Choir and in 1983, she was elected their secretary. She held that role for 23 years. In 1997, she was elected Assistant Church Clerk of Shalom Baptist Church and became known to many as “Miss Mary”. She served in this capacity for 9 years. Mary Frances was united in Holy Matrimony to the late George W. Jones. They were the proud parents of two sons, Marvin and Broderick. They wanted their sons to grow up believing in the Lord and to get a good education. Mary Frances was a member of the Pride of Sylvester Chapter No. 477, Order of the Eastern Star, Jurisdiction of Georgia, Prince Hall Affiliated.

On the 20th day of April, 2022, the sweet spirit of Mary Frances Jones ended. She was preceded in death by her parents, the late Richard and Hattie Jones, her husband, George W. Jones, and her brother, Richard Jones.

We hated to see you depart from this world, but God knew best… Sorrowfully Submitted…The Family.

Send flowers to the service of Mary Frances Jones