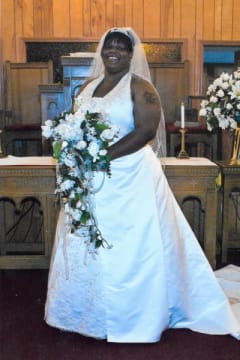 Kristie attended the Public Schools of Hartsville. She later furthered her education and became a Certified Nursing Assistant. Because of her ambitions, in 2007, she gained employment with Lambert Benefits and Service as a Licensed Tax Prepare and was employed for more than 40 years.

Kristie love the Lord, Jesus Christ. She was a member of Greater Commission Deliverance Baptist Church of Hartsville, South Carolina, where she was baptized under the leadership of Pastor Stephen Peterson on July 9, 2017.

Kristie was united in holy matrimony to Thomas Benjamin and this union was blessed to have gained seven children.

Kristie loved people and was always trying to lend a helping hand wherever was needed. Because of her kind, loyal and dependable spirit, many family and friends came to her for aid, when they were in need. She will be remembered for her great cooking skills.

Kristie was preceded in death by her father, Leroy Bradford; her brother, Eric Jermaine Bradford; and her grandmother, Ophelia Lumpkin Cabbastalk.

Please keep the family of Kristie Benjamin in your thoughts and prayers.

Send flowers to the service of Kristie Benjamin