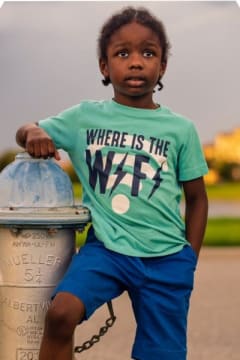 Jaxson assisted his aunt, Reverend Martha Frazier, at the soup kitchen at Mount Zion African Methodist Episcopal Church in Florence, South Carolina, where he touched many hearts. Jaxson’s smile spread sunshine wherever he went. He connected with multiple groups of people including his Westgate family, Spirit Airlines family, Frontier Airlines family, and his Southwest Airline family. Jaxson loved to travel whether it be by car, train, or plane. His favorite times were flying with his mother to work. Jaxson loved wearing his Southwest hat and lanyard with wherever he went. Jaxson traveled many places including Minneapolis, San Diego, Los Angeles, Las Vegas, Dallas, New Orleans, Washington DC, Baltimore, and New York City to name a few.

Jaxson loved to play with everything from toys to games. His favorite toys are Alex the Lion, Shazam, Pikachu, and Dino Trucks. Jaxson loved playing Monopoly, Dominos, and Connect Four. His favorite foods were pizza with tomatoes, tacos with pico de Gallo, and shrimp salad with avocados. Jaxson loved all water activities including the beach, pool, and going to aquariums. Jaxson loved music the most and enjoyed making his own songs and playing instruments at home such as the guitar, piano, and trumpet. Jaxson never knew a stranger and loved meeting new people in every journey he took. His life was one big flight of love that we all were blessed to be aboard to experience.

Please keep the family of Master Jaxson Michael-Anthony Ham in your thoughts and prayers.

Send flowers to the service of Master Jaxson Ham