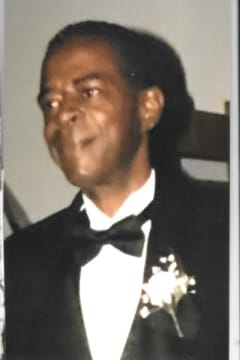 Mr. Rudolph “Jack” Johnson was born January 11, 1947 in Florence, South Carolina. He was the son of the late Jack Johnson and Cleo Simmons Johnson. He went home to be with our Heavenly Father on Wednesday, February 10, 2021 at MUSC Health Florence Medical Center.

“Jack” as he was affectionately called was educated in the Public Schools of Florence County. He was a long-time business owner of J & M Game Room, The Universe Night Club, and other businesses.

At an early age, he gave his life to the Lord. Everyone that knew Jack, knew that he was a caring, compassionate, and a selfless individual, who always put others before himself. The love he had for his wife, daughters, grandchildren, great grandchildren, and sister was unmeasurable.

He married the love of his life, Frances Carter Johnson, on January 29, 1968. They just celebrated 53 years of marriage.

He was preceded in death by his father, Jack Johnson; his mother, Cleo Simmons Johnson; his stepmother, Clara Johnson; a special Uncle, Fred “Boone” Simmons; and father-in-law, Henry Carter.

Please keep the family of Mr. Rudolph Johnson in your thoughts and prayers.

Send flowers to the service of Rudolph Johnson

Honor the life of Rudolph Johnson