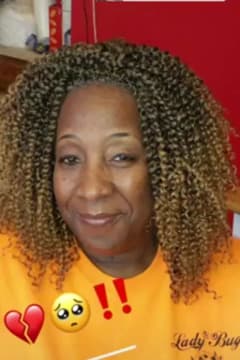 Mrs. Rosa Ramona Kendall Jackson was born January 12, 1960. She departed this life on August 26, 2021 after a sudden illness. She was the daughter of the late Samuel Junior Kendall and the late Harriet Rivers Kendall.

She attended the public schools of Anson County and was in the Bowman Senior High School graduating Class of 1978.

At an early age she joined Flat Rock Missionary Baptist Church and remained a member until her health failed.

She was employed at Monarch for over 15 years until her health failed.

In 2000, she married William Thomas Jackson.

Rosa loved to take pictures and get together with family. She was also one that never met a stranger and was loved by many.

She was preceded in death by her brother, Samuel Davis Kendall.

Facemask/coverings are REQUIRED to be worn at all times at the viewing, visitation and services.

Send flowers to the service of Mrs. Rosa Kendall Jackson