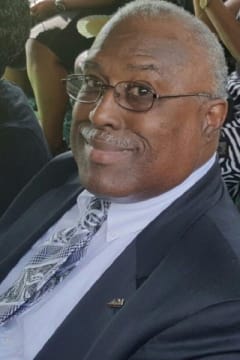 Obituary “We know life’s never measured by how many years we live, But by the kindly things we do and the happiness we give.” Donald Eugene Small was born in Sparta, Hancock County, Georgia on January 17, 1949 to the late Calvin C. Small and Odessa H. Small Miles.

Donald attended Booker T. Washington Elementary and Junior High School in Quitman, GA, where he excelled in both academics and extracurricular activities. He was a member of the chorus and participated as a lead vocalist in school competitions as well as performed in school programs. A few years later, he would move to Moultrie, GA and enroll at William Bryant High School (WBHS) where he was an honor student and member of various school clubs. Donald demonstrated his athletic ability as a member of the WBHS varsity football team where he played running back. His exceptional academic performance enabled him to graduate from high school after 11th grade. Upon graduating from high school in 1964, Donald pursued his undergraduate studies at Morris Brown College, in Atlanta, GA, at the age of 15. While matriculating in college, he pledged Alpha Phi Alpha Fraternity, Incorporated, Iota Chapter. In 1968, Donald graduated from Morris Brown College receiving his B.A. degree in History. After graduating from Morris Brown College, he returned home to Quitman where he taught 9th Grade Social Studies and was the National Honor Society Advisor at Washington Street High School (WSHS). Donald worked as an educator at WSHS for two years, before enlisting in the United States Army, where he served for three years, from June 10, 1970 through April 20, 1973, at which time he received an honorable discharge. Donald would unite in matrimony with the late Mattlyn Dumas in 1968. Their marriage was blessed with the birth of two loving daughters, Dedra Nichelle Small Lambert (William), who preceded her dad in death, in 2005, and Donyatta Nicole Small, who carries on their spirit. He later met and shared in a union, with Gwendolyn Hagan, which lasted a total of sixteen (16) captivating years until his passing. Donald and Gwendolyn were active members of Allen Chapel AME Church where Donald served on the finance committee and member of the Steward Board. Donald was the patriarch of the family, after the passing of our beloved Uncle William “Buck” Small, and many considered him to be the family’s “genealogist” because of his dedication to studying the Small Family’s history. He was solicited, more often than not, and could always be counted on to be able to share at a moment’s notice facts and figures related to the family lineage, roots, and genealogy, particularly, during family reunions. With his children and grandchildren as the apple of his eye, Donald’s main priority was family, and he prided himself on being able to provide advice and guidance to anyone who asked in order to assist in any way possible whether in addressing a concern or navigating uncharted waters.

Donald was poised in his demeanor and charismatic by nature. He rarely met a stranger and with his bubbling personality charmed many with his witty sense of humor. Donald’s sincerity and warmth allowed him to maneuver within and throughout social circles wherever he planted his feet. He will be fondly remembered for his knowledge on a myriad of subjects as much as being a skilled conversationalist on any topic, with any person, regardless of background.

A celebration of life will be held on Thursday, October 29, 2020 at 11AM at North End Cemetery. A livestream of the service will be available via this website as well as our Stevens-McGhee Funeral Home Facebook page.

Send flowers to the service of Donald Small

Honor the life of Donald Small