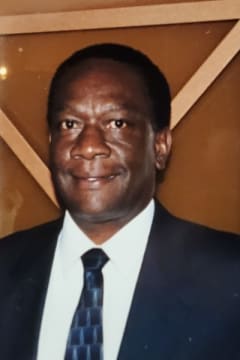 John Richard Simmons was born in Morven, GA on October 7, 1949 to the late Conley and Alice Simmons. He entered into eternal rest Friday, November 6, 2020 in Swainsboro, GA. In addition to his parents, he was preceded in death by four siblings, Mary Gosier, Leila Simmons, Conley Simmons, Jr., and Marlon Simmons.

He was educated in the Brooks County School system and graduated from the Washington Street High School. While attending WSH, he was a member of the Wildcats Marching and Jazz band.

During his enrollment at Albany State College, he pledged and became a member of the Alpha Phi Alpha Fraternity.

John Richard was employed with Coffee County Schools as a teacher for six years. He was later employed by Swainsboro Technical College as a Math instructor for 26 years before retiring in 2003.

After completing his PhD in Mathematics Education, he was employed by East Georgia State College as Asst. Professor of Mathematics for several years before retiring again in 2012.

John Richard was a master chess player and competed in tournaments around the country. In the Swainsboro- Emanuel County, he was past president and Lt. Governor in the Swainsboro Evening Optimist Club, Director, Swainsboro – Emanuel County Chamber of Commerce, and Board of Directors member, Emanuel Medical Center.

Private services were Saturday, November 14, 2020 at 3:00 P.M. at Pineview Cemetery in Morven, Georgia with Pastor James Miller officiating. Condolences may be shared at stevensmcgheefuneralhome.com Stevens-McGhee Funeral Home was in charge of the arrangements.

Send flowers to the service of Dr. John Richard Simmons