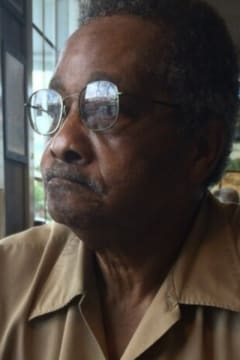 Ralph Golden, Sr., affectionately known as “Pop” and “Granddaddy Pop” by his children and grandchildren, was born on June 25, 1938 to the late Silas and Marie Golden in Quitman, Georgia.

He attended the Brooks County School System, graduating with the Washington Street High School class of 1956.

At an early age, he joined Beulah Missionary Baptist Church in Quitman, Georgia where he served as a faithful usher for many years.

He began his long journey of being a dedicated, hardworking man delivering medicine for Tanner’s Drug Store of Quitman, GA for many years, Male Products in Valdosta, GA, Weeks Textile in Quitman, GA, where he worked for many, many years until the company closed down; and the Presbyterian Home of Quitman, GA.

He was united in Holy matrimony to Alfra Lee Moss Golden of Quitman, GA. To this union, 7 children were born and he raised 3 stepchildren as his own.

He later met and married Sharon Lambert Golden of Quitman, GA and to that union he raised 3 stepchildren as his own.

He was preceded in death by four children, Michael Golden, Kenneth Hunter, Charlene Golden, and Jackie Hunter; both parents; and six siblings.

Private services were Saturday, November 14, 2020 at 1:00 P.M. at North End Cemetery in Quitman, Georgia with Pastor Floyd Demps officiating. Services may be accessed via livestream at stevensmcgheefuneralhome.com Condolences may be shared here as well. Stevens-McGhee Funeral Home was in charge of the arrangements.

Send flowers to the service of Ralph Golden, Sr.