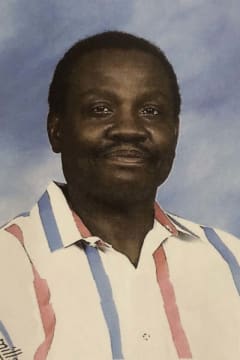 Mr. Robert James Simmons, 74, of Morven, Georgia, departed this life on Saturday, February 27, 2021, at his home He was born on November 1, 1946, in Brooks County, Georgia, to the late Conley and Alice Simmons of Morven, Georgia. He became a member of Dillinoy CME Methodist Church during his early childhood. He later became active in the Pentecostal Church in Valdosta, Georgia. He attended school in Brooks County where he graduated from Washington Street High School. Upon graduation, he moved to Orlando, Florida, where he became employed at Holiday Hospital for many years. He later became employed at Robert E. Lee Middle School in Orlando, Florida, until his retirement.

In addition to his mother and father, he was preceded in death by two sisters, Mary Gosier and Leila Simmons; three brothers, Conley Simmons, Jr., Richard Simmons, and Marlon Simmons.

Graveside services will be Saturday, March 6, 2021 at 3PM at Pineview Cemetery with Rev. James Miller, eulogist. Visitation will be Friday at the Stevens-McGhee Chapel from 3PM-7PM. Visit this website or our Stevens-McGhee Funeral Home Facebook page to view a livestream of the celebration.

Continue to keep the Simmons Family in your daily thoughts and prayers.

Send flowers to the service of Robert James Simmons