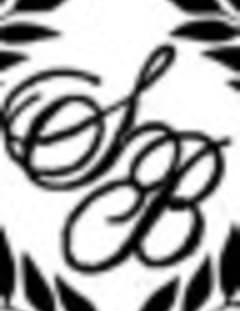 Christner Larose was born August 20, 1963 in Lagonave, Haiti. He was the son of Late Montiole Larose and Cherita Chery. He came from a large family of ten (10) children, three brothers and seven sisters. Christener went to school and got his diploma from the school of St. Bernadette in the city of Lagonave. After getting his high school diploma, he went to the University of Louis Mercier in Port Au Prince, there he studied communication. After, his studies, he got a job at Teleco in 1991, where he worked as a technician. On June 24, 1995 he met his sweet heart Rosemene Denis. Shortly after, they got married and had their first child, Fabrice Larose as the first blessing of their union. On April 30, 1999 Christner had the amazing opportunity to come to the United States of America for a better life, where he lived in Fort Pierce Florida. He worked hard so that he could provide for his family. In 2000, the family was blessed with a second child, a beautiful daughter named Christelle. He was a great and faithful husband and father who taught his children how to appreciate life. Christner was one of the most tenacious persons who dedicated his life for the well-being of his family. He was a Christian who devoted his life to serve God and others. He lived a life of love and service that he accomplished well in countless ways until the very end. Christener was known as a family man, a leader who was ready to help anyone at any time. Whenever there was a problem he was always available to come to the rescue. Although he wasn’t working he still made sure that his family was happy and also made sure they had everything they needed. He was a very active member in the church, Ft Pierce Haitian UMC. He was a man who had fear for God. He was also the president of the man group at his church.

Sadly on November 23, 2018 Christener left us. God finally called him home. Christner loved His Savior and he strived diligently to do the things that God had called him to do. Now, he is in a better place with God where there is no more sickness and pain. He left behind his surviving wife, Rosemene Larose, his son and daughter Fabrice and Christelle Larose, his mother Cheritha Chery, his brothers and sisters Yleugene, Gaston, Yvon, Clermitha, Murese, Lania, Zilmie, Roselaine, Elmitha Larose, all nephews, nieces, and friends.

Public visitation will take place on Friday, December 7, 2018 at Stone Brothers Funeral Home in Fort Pierce, FL between the hours of 3:00pm and 7:00pm. Funeral services will convene on Saturday, December 8, 2018 at the Fort Pierce Hatian United Methodist Church beginning at 10:00am.

Send flowers to the service of Christner Larose

Flowers are delivered by the preferred local florist of Stone Bros. Funeral Home and Chapel.
For Customer Service please call: 1-888-610-8262