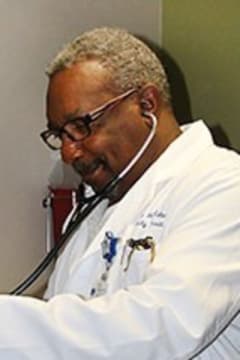 Obituary for Dr. James A. Roberts

At the age of six, he began the first twelve years of his life’s education at Stuart Training School and continued that part of his schooling up until his graduation in the year of 1962. He was the keynote speaker for his class at his High School graduation ceremony.

Early during the years of his worldly education at the age of twelve, James had the privilege of being educated about Jesus Christ from his mother Lucy B. Roberts. He gave his life to the Lord and was baptized at Mt. Calvary Missionary Baptist Church in Stuart, Florida under the tutelage of the late Rev. Samuel Collier Sr.

James had a dream in life of becoming a medical doctor, so after graduating from high school, he began that journey by enrolling in school at Florida Normal College (Florida Memorial College) in Saint Augustine, Florida. There, he earned a Bachelor of Science Degree in Biology and graduated in 1966. Prior to graduation, he met and married Elmarva Roundtree. One son was born from this union. From there, he attended Atlanta University where he acquired a master’s degree in Macro Biology.

Finally, he decided to get back on track in quest of his real-life goal. He enrolled in medical school at the University of Wisconsin and graduated in 1977 with his Medical Doctor Degree. He did his Residency at the University of Miami/Jackson Memorial Hospital. He practiced medicine for a few years in Atlanta, GA before moving back home. He practiced medicine in Martin County and mainly St. Lucie County in Ft. Pierce, FL. for many years until his demise. He was on the Board at Lawnwood Medical Center and was instrumental in opening The Hands Clinic in Ft. Pierce that provided care for the indigent.

Please note that Dr. Roberts was called to the Ministry of Jesus Christ and was Ordained on January 21, 2001 at Mt. Olive Baptist Church in Ft. Pierce, FL. under the guidance of Rev. Howard Coleman.

Although many venues have opened and the restrictions of COVID 19 have been relaxed, we here at Stone Brothers Funeral Homes are still enforcing the guidelines set forth by the CDC and FDOH to protect our families and our staff. We ask that you respect this, as it could very well save your life. We also ask that you acknowledge and execute the 6 ft. social distancing guidelines as well.

Send flowers to the service of Dr. James A. Roberts

Honor the life of Dr. James A. Roberts