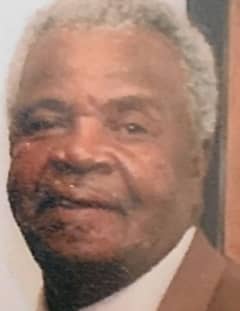 The oldest of nine children, France Hall, Jr. (Bo) was born on June 28, 1934 in Leon County, Fla. to France Hall, Sr. and Idella Hall. Bo grew up in Leon County and was educated in the Leon County public schools. At an early age, he accepted Jesus Christ as his Lord and Savior. He later moved to St. Petersburg, Fla. where he met and married the love of his life, Essie Mae Lamb Hall. Bo was a hard worker and a successful entrepreneur. He owned and operated Hall’s Tractor Service, an excavation and trucking company. During his retirement years, he found great pleasure in marketing, selling, and sharing seafood and a large variety of produce. Bo was an easy going and likable person who made many friends over the course of his lifetime. Bo was predeceased by his parents, a sister, Mary Hall Wooten, and a brother, Willie J. Hall. He leaves behind many who will forever lovingly cherish his memory: Essie Mae, his wife of 63 years; his son Delaney Wynn of St. Petersburg; his daughter Cheryl Hall of Atlanta; three brothers, Johnny Hall and David Hall (Gloria) of Tallahassee, and Walter Hall (Gwendolyn) of Tampa; and three sisters, Frances Hall Simmons (Oliver) of St. Augustine, Gloria Hall McNeil (Walter) of Tallahassee, and Adrene Hall Harrington of Atlanta. Additional survivors include a host of nieces and nephews and other relatives, and very loyal and supportive friends, including Allen and Sarah Phillips and Michael Campbell. The family will honor his life at a service at Concord A.M.E. Church, 6658 Veterans Memorial Dr. Tallahassee, Fla. 32309, on Saturday, November 23, 2019 at 11.a.m.

Send flowers to the service of France Hall, Jr.