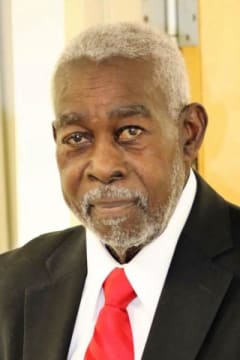 Mr. Duffee graduated from Old Lincoln High School in 1955. He completed his undergraduate degree from Florida A&M University. Following this, he enlisted in the United State Army, where he served domestically and abroad. While on tour in Germany, Mr. Duffee decided that he wanted to become a lawyer. Returning home, he furthered his studies receiving his Juris Doctorate. He graduated first in his class in 1965 from Florida A&M University Law School. Mr. Duffee then went on to pass the Florida Bar in 1966.

He was joined in Holy Matrimony to Alberta Diggs on March 2, 1962 and to this union two children were born, Ed III and Donna.

He served as a champion for civil rights in the 60s. He received the SCLC award for outstanding work in the black community for fighting racism. He filed a lawsuit in the early 1970s over the use of confederate symbols in Florida’s public schools. He often said that the struggle for race equality wasn’t over, that it continues even today. He once said, “There is still a lot of work to be done.”

Mr. Duffee was a founding member of the Tallahassee Urban League, a member of a Judicial Nominating Commission, a member of the Board of Directors at Miracle Hill Nursing Home, and has also served on the Board of Directors at the Mount Olive Housing and Community Development Corporation. He is also a member of Omega Psi Phi Fraternity, Inc. and other fraternal and civic organizations (NAACP and SCLC), and he recently served as the president Senior Citizen’s Foundation Board for two years.

Due to COVID-19, a private service will be held. Viewing will be Monday, February 22, 2021 from 1:00 PM to 6:00 PM. Service may viewed via YouTube at www.TallahasseeVirtualMemorials.com.

Send flowers to the service of Mr. Ed Duffee, Jr.