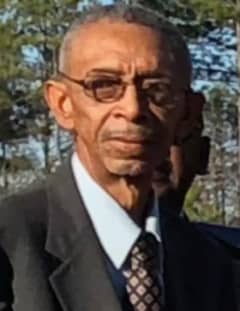 Mr. Frank Miller, 66, of Phenix City, Alabama was born on May 20, 1953 in Seale, Alabama to the late Thomas and Leola Miller. He departed this life on November 23, 2019 at the Hospice House in Columbus, Georgia.

He was preceded in death by his parents, as well as siblings, Tessie Miller Ligon (Drake), Tommie Miller, and Brother-in-law Anthony L. Calhoun.

He attended Mount Olive High School in Fort Mitchell, Alabama and graduated in 1970. He was a member of the Mount Olive High School Marching Band, where he played the trumpet and the French horn. Frank attended Pleasant Grove AME Church and he became a member as a young adult. As a teenager, he enjoyed dismantling and reassembling electronic devices. He aspired to become an Air Force Aircraft Mechanic but instead decided to remain home where he worked as a truck driver and courier for Quality GMC in Columbus, Ga. He also worked for Douglas and Lummus Corporation, and did auto mechanics as a hobby. He was known for staying abreast of current events as he read the newspaper daily and never missed the 11 o’clock news. He was a member of a CB Radio club and traveled extensively in the Southeast for CB Club Meetups. Left to cherish his memories are his siblings Johnny (Betty), Rev. Sarah Miller-Calhoun, Harrison (Linda) Miller, Mae Ola McCoy, aunts Mary and Martha Harris, He also leaves a host of nieces, nephews and cousins. Including special cousins Willie “Bill” Harris, Sammy Miller and Judge Michael Bellamy.

Because of his kindred spirit, Frank never met a stranger. He was well known for saying what he meant and meaning what he said. This quality was embodied in his infamous line, “Case closed.”

Send flowers to the service of Frank Miller