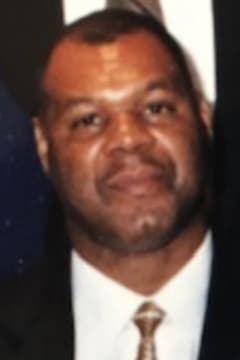 “Joe” was born to the union of the late Joseph Wiley, Sr and Catherine Evans Wiley in Columbus, GA. Joe received his secondary education in the Muscogee County School System and graduated from Spencer High School. After high school graduation he joined the United States Army and served four years as a Military Police Officer. After serving in the military Joe joined the Police Department in Albany, GA. He served as a full-time police officer while enrolled at Albany State University. He graduated from Albany State University with a Bachelor of Science Degree in Criminal Law. After obtaining his undergraduate degree, he was accepted into Law School. He graduated from Samford University’s Cumberland School of Law. After Law School, Joe accepted a position as Assistant District Attorney in Phenix City, AL, where he worked for several years. In 1992, he established his private practice, Wiley & Associates Attorneys at Law. He practiced law for over thirty-five years. Joe worked as an advocate in the community and was actively engaged in several social and civic organizations. He will always be remembered as a quiet storm. He was an avid reader, social activist and served as a professional mentor for many students and attorneys.

Joe was a baptized believer who acknowledged God as his Lord and Savior, recognizing that his life was a testament to his Creator. The joy of his life came from caring for his family, spending time with his son and always being available for his mother. He leaves to cherish his memory, his adored wife, Vickie Williams-Wiley; his treasured son, Joseph Wiley, III; mother, Catherine Wiley; sister, Jackie Clark both of Columbus, GA; brother, Rickey Wiley, Sr of Fort Worth, TX; nieces and nephews, Tiffany Clark and Chloe Copling of Columbus, GA; Chantel (James) Williams, Charmaine and James Williams, Jr., of Euless, TX; Rickey Wiley, Jr and Jonathan Wiley of Richardson, TX. Also, to cherish his memories, his family connected by marriage: Mother and Father in Law, Evelyn and Carzie Brown, Kansas City, KS; Brother and Sister-in-Laws, Albert (Sunita) Williams, Pittsview, AL; Wash Williams, Phenix City, AL; Eddie Williams, Winifred Williams, Kansas City, KS; nieces and nephews, Albert Deon Williams, Jasmine Williams of Kansas City, KS; Aricia Williams and Joshua Copes, Pittsview, AL; James Carter, III, Denver, CO. He was also loved and will be remembered by additional family and friends.

Send flowers to the service of Joseph "Joe" Wiley, Jr.