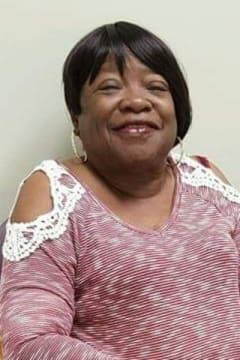 Ms. Josephine "Josie" Marie Nelson was born February 21, 1947 in Bastrop, Louisiana to the late Oscar Lee Fudge and Vera Lee Johnson. She confessed Christ at an early age and joined Shiloh Baptist Church in Beekman, Louisiana. Josie attended and graduated from schools in Morehouse Parish, Louisiana. She relocated to Cleveland, Ohio and later moved to New York city, New York. While in New York she was blessed with one son, Timothy Nelson and twin daughters Victoria and Veronica Nelson. Josie then married James C. Nelson on January 15, 1971. James and Josie relocated to Ft. Benning, Georgia from there to Columbus, Georgia where they were blessed with a beautiful daughter, Janice Nelson. Josie joined Franchise Missionary Baptist Church. Josie was employed at AAFES - Ft Benning, Georgia. Then went to Metra Transit System in 1978 where she retired after 27 years of service in 2005. She is noted as the First Female Bus Operator Supervisor at Metra Transit System. She was a dedicated employee. She was a member of the Jolly Matron Social Club, The Red Hat Club and a sister in the Order of Eastern Star New Truth Chapter of Columbus, Georgia. Josie shared a close bond with her family and friends and shared many memories with laughter at her home.

Send flowers to the service of Josephine "Josie" Nelson