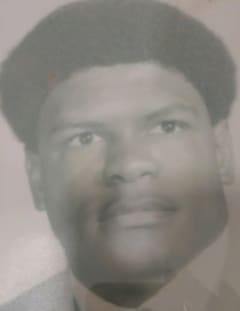 Mr. Bradford Leon Lyles was born on April 12, 1953 in Phenix City, Alabama to the late George and Recia Lyles. On Tuesday, November 19, 2019, Bradford answered his Master call and transcended from Labor to Reward.

At an early age, and under the leadership of the late Pastor W. L. Lewis, Bradford accepted Christ, was baptized, and joined Mount Olive Baptist Church, Phenix City, Alabama.

Bradford was educated and graduated with honors from Mount Olive High School with the Class of 1970. Immediately after graduating from high school, Bradford attended Miles College in Birmingham, AL. With a strong desire to serve his country, Bradford enlisted in the United States Navy, served 24 years, and retired in 1996 as OSCM/Master Chief Bradford Leon Lyles, a rank he loved and cherished. To his credit, he earned numerous Awards, Decorations, Navy Commendations and Achievement Medals with Gold Star, National Defense Service Medals with Bronze Star for his service as a Supervisory Air Intercept Controller, and Tomahawk Weapons System Operator. During his military career, Bradford earned an Associate of Arts Degree from the University of New York in 1986, a Bachelor of Science Degree in Computer Information Systems from Chapman University in 1996, and a Master of Science Degree in Telecommunication Systems Management from National University in 1999.

After 24 years of service to the US Navy, Bradford retired in 2014 from the Department of Defense as a Program Analyst at The Navy Medical Center, San Diego, CA. Simultaneously, Bradford was a Computer Programming Instructor at Coleman University, San Diego, CA.