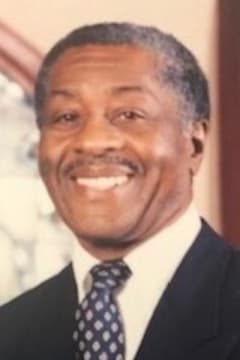 Naslhville - Charles Edward Cathey departed this life on Friday, July 24, 2020 after a brief period of declining health. Edward ("Ed") was born on August 16, 1935 in Hickman County, Tennessee, the ninth of nine children born to the union of the late Brooks, Sr. and Sadie Kennedy Cathey. The family attended Arrow Rock Church of Christ in Williamsport, Tennessee, where Ed was baptized at an early age. Ed graduated from Carver Smith High School in 1954 where he was his Class Chaplain, played trombone in the marching band, and was a lead singer in the symphony choir. Ed married Janice V. Sansom of Chicago, Illinois, on March 9, 1958 and were wed for 46 years before Janice' passing in 2004. For twelve years they made their home in Los Angeles, California, where Ed worked for a funeral home and a life insurance company, as well as a brief stint in the United States Army before being honorably discharged with commendation. In 1970 Ed and Janice relocated to Nashville in order to be closer to their aging parents and both found employment at Vanderbilt University Medical Center. Ed started out in Medical Records and completed his 27-year tenure as a physical therapy technician. After retiring from VUMC in 1997, he served the Nashville Rescue Mission as a counselor and Bible teacher for 15 years.

Wherever Ed resided, he sang gratis; in churches, synagogues, television studios, outdoor venues, symphony and opera halls the world over. He sang before assemblies that included United States Presidents and the poorest of the poor, on just about every continent. In Los Angeles, he sang with the Los Angeles Choral Society and with the Figueroa A-Cappella Concert Choir. In Nashville he sang with the Nashville Symphony Chorus, with the Ed Cathey Singers, and was always a welcome singer at Belmont Church. Ed was asked to sing at the Schermerhorn Symphony Center on two occasions, and once took the Ed Cathey Singers with him. While residing in Los Angeles, Ed and Janice were active members of the Pepperdine University Church of Christ and the Figueroa Church of Christ. Relocating to Nashville, Ed and Janice were active disciples with the Belmont Church. The two of them went on mission trips with Belmont Church around the world. For more than 30 consecutive years, Ed shared in facilitating the weekday (Monday thru Friday) 5:00 AM Prayer Service; he could be counted upon to be present each morning even if it were only he and the Lord present. What gave Ed great pleasure was using his singing talent to raise money to help the needy, including Vanderbilt cancer patients, widows in need of assistance to pay utility bills, and families facing eviction because of an inability to pay overdue taxes. For a number of years, Ed led the Ed Cathey Singers in offering an annual citywide benefit concert that helped raise tens of thousands of dollars of financial support for the Nashville Rescue Mission, the Good Samaritan Ministries, the Christian Home for Prison Release, Isaiah 58 and others. The concerts grew so large that they had to be moved from Belmont Church on Music Square Road to the Temple (Baptist) Church on Kings Lane in order to accommodate what was perhaps the most ethnically and ecumenically diverse gathering in the city during those years! Ed was known as a man of style and good humor. Unless he was walking his neighborhood, doing yard work on Sutton Hill Road, or just lounging about, he was always dressed impeccably well. He knew just where to bargain shop. He was a connoisseur of tailored suits and Italian shoes, with matching accessories to boot. He attributed his stylish ways to his "Papa" and older brothers who modeled a Gentleman's Quarterly wardrobe. Seemingly always in a good mood, his infectious and distinctive laugh was unmistakable. Children, adults, and pets were drawn to him, and he to them! Ed was a popular person in and around Nashville. When exiting a hospital elevator, walking the streets of his neighborhood, passing by people living on the streets, or entering a church building regardless of the name on the marquee out front, a voice would ring out, "Hi, Ed!" He claims he didn't know half the people who called out his name. He leaves to mourn and cherish his memory: his only surviving sibling Elsa McLaughlin of Chicago, Illinois; niece Dorothy Stovall and nephew James (Almita) Cathey who grew up with him and were like siblings to him; a devoted niece Cynthia (Ronald) McMillian; and a whole host of other nieces and nephews; brother-in-law Ulysser Bills; surrogate "son" Warner (Cassandra) Durnell; along other with relatives and friends. Also mourning his loss are physicians and co-workers at Vanderbilt University Medical Center, members of the Nashville Symphony Chorus and Ed Cathey Singers, pastors and members of Belmont Church, Green Hills neighbors, "sons" from the Nashville Rescue Mission, residents and staff of The Neighborhood in Belmont Village Senior Living. Preceding him in death was the love of his life and wife, Janice V. Cathey, his parents Brooks, Sr., and Sadie Kennedy Cathey, seven siblings, Douglas, Alma, Wilbert, Beatrice, Lonnie, Alexine, and Brooks Cathey, Jr. He will be missed and fondly remembered by all who knew him. Public viewing will be held at the Terrell Broady Funeral Home located at 3855 Clarksville Pike, Nashville, TN, 37218 on Thursday and Friday, July 30 & 31, 2020, 5:00-7:00pm with family present. A private graveside service will be held in the Springhill Cemetery of Madison, TN, on Saturday, August 1, 2020, with a public celebration of life and witness to the resurrection service to be held on a date yet to be determined once it is safe to have large in-person assemblies of worship in the city again. Memorial gifts may be sent to the Nashville Rescue Mission, 69 Lafayette St., Nashville, TN 37203, or go online at nashvillerescuemission.org.

Send flowers to the service of Charles Cathey