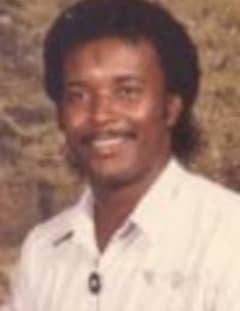 Home Going Celebration for Adrian Darnell “Lt. Tragg” Taylor, 63, will be 11:00 a.m. on Saturday, August 17, 2019 at First Missionary Baptist Church South. Reverend Jeffery D. Wilson is the pastor. Supt. Elder Willie Hearn, Sr. will be the eulogist. Mr. Taylor will lie in state at the church one hour prior to the service. Interment will be 12:30 p.m. on Monday, August 19, 2019 at Alabama National Cemetery.

He was a member of the 1974 graduating class of Pell City High School. After high school, he enlisted in the United States Army. He served and was honorably discharged from the Army after five years. On January 2, 1975, Adrian married the love of his life, Vickey Fluellen. He and his family resided in Pell City, Alabama and Adrian was employed by Anniston Army Depot and Terry’s Metropolitan Mortuary until his health began to fail.

Mr. Taylor “Lt. Tragg” transitioned from his earthly home to his Heavenly home on Sunday, August 11, 2019 surrounded by his loving family. He as preceded in death by his parents, Elizabeth “Bess” Taylor and Alfonso Gover; brothers, Effrem “Bookie” McCoy and Kenny Gover; and a sister, Stephanie Beavers.