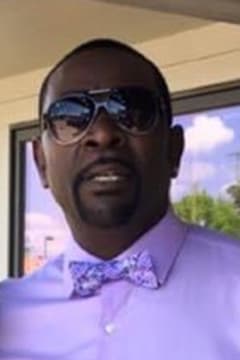 A celebration of life for Mr. Charles Lindbergh “Big C” Calhoun, 68, will be held at 1:00 p.m. on Wednesday, October 6, 2021, at Rushing Springs Missionary Baptist Church. Pastor Clarence Woodward will deliver the eulogy. Mask will be required. Visitation for Mr. Calhoun will be 1-7 p.m. on Tuesday, October 5, 2021, at the funeral home.

Mr. Calhoun dedicated his life to Christ and united with Rushing Springs Missionary Baptist Church. Since becoming a member of the church, Charles has served as a member of the trustee board, male chorus and an usher. He was a graduate of Talladega Country Training School. Professionally, he has dedicated time with Crown Textile, Tapecraft and New South Express. Charles found enjoyment in watching football and basketball, playing dominoes, being a comedian, playing cards and most importantly spending time with his family. On May 4, 1973, Charles took the hand of the former Shirley Jean Morgan in holy matrimony.

Send flowers to the service of Charles Lindbergh Calhoun