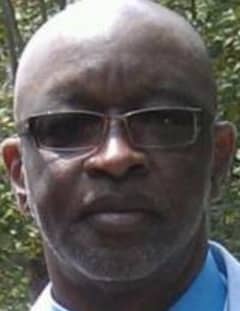 Home going celebration for Eddie Wayne Cunningham, 66, will be 1:00 p.m. on Thursday, August 22, 2019 at Terry’s Mortuary Chapel. Pastor Theoangelo Perkins will be the eulogist. Interment will be in Oak Hill Cemetery.

Mr. Eddie Wayne Cunningham was born on June 17, 1953 in Talladega, Alabama to the late Mr. Elwood and Mrs. Essie Mae McKenzie Cunningham. He attended Westside High School and was a member of the 1972 graduating class Talladega High School.

In his young Christian life, he dedicated his life to Christ and joined Wesley Chapel AME Church in Talladega, Alabama. In later years, he united with Liberty Christian Church in Harpersville, Alabama where he was ordained as a minister under the leadership of Pastor Theoangelo Perkins. In 2010, he moved to Chester, Virginia and joined Mt. Calvary Baptist Church under the leadership of Pastor Vodricka L. Epps.

Eddie retired from the Federal Bureau of Prisons in Talladega, Alabama in 2009 after 22 years of service.

On Friday, August 6, 2019, Eddie Wayne moved from his earthly home to his Heavenly home where there is no more sickness, sorrow, pain or suffering.

Send flowers to the service of Eddie Wayne Cunningham