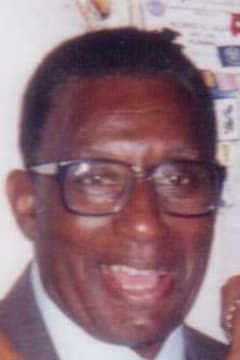 Mr. James Elisha Heath was the oldest child of Jim Wiley Heath and Lessie Calhoun Heath. He was born on January 13, 1929, in Alpine, Alabama.

Mr. Heath became a member of Kingston Missionary Baptist Church at an early age and at his time of passing was the church’s oldest member. James was a graduate of Phyllis Wheatley High School. On June 14, 1951, James was drafted into the United States Army. He served honorably until he was injured during the Korean War and was discharged on July 22, 1954. On July 7, 1957, James took the hand of the former Mildred Davenport in holy matrimony and to this union they were blessed with seven children. James decided to further his education and completed training in tailoring at Tuskegee University in 1958. The time that he served in the army was not exactly James’ most fond part of life, but he did love and enjoy the family and friends he made being an active participant in the Disabled American Veterans. As a member, James and Mildred were afforded the opportunity to travel with the organization and James participated in wheelchair basketball. In his free time, James enjoyed fishing, gardening and actively participating with the Tuskegee Alumni Association until his health began to fail.

In the early hours of Saturday, November 13, 2021, the Lord saw that James was getting tired and called him to rest. He was preceded in passing by his parents, Jim and Lessie Heath; and six siblings, Area Adams, Delilah Nunn, Marie Heath, Flossie Frazier, Julius Calvin Heath and Walter Heath.

Send flowers to the service of James Elisha Heath