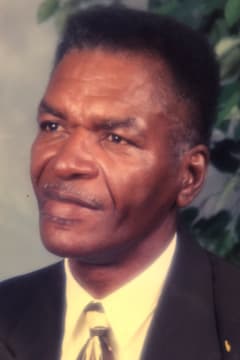 Mr. Garrett dedicated his life to Christ and served as a deacon of New Hope Baptist Church. He was a graduate of Clay County Training School and continued his education at vocational school and received training as an electrician. James was employed with Alabama Power, Shell Plant in Sylacauga, Seaboard Coastline Railroad and retired in the early 2000s as a master electrician with Cable One. When he was not working, you could find James gardening, riding motorcycles, fishing, traveling, doing electrical work on the side and watching Auburn football. On June 15, 1981, James took the hand of the former Annie Ruth Jackson in holy matrimony.

On the evening of Thursday, August 12, 2021, James answered the Master’s call. He was preceded in passing by his parents, Luther and Masrine Garrett; an infant brother, Amos Garrett; and a sister, Carrie Sheppard.

Send flowers to the service of James Luther Garrett