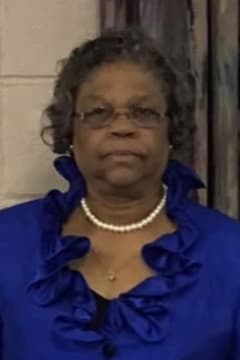 Graveside services for Mrs. Mary Savannah Reynolds McGhee, 69, will be 2:00 p.m. on Sunday, September 27, 2020, at Pine Hill Memorial Park. Pastor Bobby J. Welch will be the eulogist. Visitation will be 2-7 p.m. on Saturday, September 26, 2020. The service will be broadcast on Terry's Facebook page. In lieu of flowers, the family request that donations be made to them.

Grounded in her faith in God, Mary united with Mt. Pilgrim Missionary Baptist in Talladega, Alabama where she served alongside her husband. Mary was a member of the 1968 graduating class of Douglasville High School in Bay Minette. Sometime after completing high school, Mary left Bay Minette and traveled to the opposite end of the state where she matriculated at Alabama Agricultural and Mechanical (A&M) University. Professionally, Mary was a retired Quality Control Inspector with the State of Alabama. She had a passion for helping others, which lead her to seek membership in her beloved sisterhood of Alpha Kappa Alpha Sorority, Inc. Mary was an active member of the Mu Tau Omega Chapter serving Talladega County and assisted with Chi Chapter at Talladega College. She also extended her civic duties by becoming a member of the Maple Chapter #88 of the Order of Eastern Star, the Heroines of Jericho Queen Esther Court #48, PHA and the Ladies of the Circle of Perfection Zipporah Court #2, PHA. Currently, Mary served as president of the Talladega Board of Education where she served her ward faithfully for a number of years. And of course, Mary was a proud member of the Talladega County Alumni Chapter of Alabama A&M University and was the ultimate Bulldog fan. She loved traveling, shopping and of her pride and joy were her grandchildren.

On June 2, 1986, David McGhee took Mary’s hand in holy matrimony. This union was blessed with one daughter, Marian and brought with it the added blessing of Teresa, Dabous, David and Bermun. On the afternoon of Tuesday, September 22, 2020, Mary answered her Master’s call at Northeast Alabama Regional Medical Center. She was welcomed in glory by her mother, Thelma L. Reynolds; and a sister, Loretta Reynolds-Stevens.

Send flowers to the service of Mary Savannah McGhee