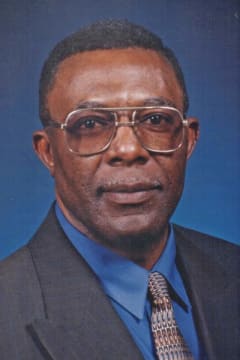 Mr. Jones confessed Jesus Christ as his Lord and Savior and united with Greater Ebenezer Missionary Baptist Church where he served as head of the trustee board and was a deacon. He was a graduate of Ophelia S. Hill High School and continued his education at Gadsden State Community College. Samuel enlisted in the United States Army and served 30 years of decorated service until his retirement at Fort Rucker, Alabama on July 31, 2003 at the rank of Master Sergeant. During his military career, Samuel earned the Distinguished Service Award, the Army Commendation Medal, the Honorable Order of Saint Barbara, the Meritorious Service Medal and the Army Achievement Medal just name a few. He was a carpenter by trade, was a gun enthusiast and enjoyed riding his tractor. Sam was a member of Masonic Lodge #246. On June 30, 1968, Samuel and the former Shirley McKinney united in holy matrimony and to this union three daughters were born.

On Saturday, May 9, 2020, Samuel traded time for eternity at his residence. He was preceded in passing by his parents, John T. (Loise) Garrett and Viola J. (Willie) Williams.

Send flowers to the service of MSG (Ret.) Samuel Jones