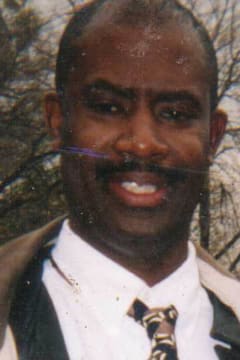 Mr. Paul Jackson began his journey through life on October 19, 1961, in Talladega County, Alabama to the union of Leonard Jackson and Johnnie Etta Groce Jackson.

Mr. Jackson became a member of Kelly Springs Missionary Baptist Church at an early age. He was a graduate of Munford High School and continued his education at Coahoma Community College in Clarksdale, Mississippi. Paul was employed as a courier for a pharmaceutical company for a number of years. On June 25, 1989, Paul took the hand of Alicia S. Jackson in holy matrimony and their union was blessed with five children. Before his health began to fail, Paul enjoyed playing basketball, cards, dancing, working on cars, traveling, fishing and loved the beach.

On Monday, December 20, 2021, Paul traded time for eternity at the University of Alabama Birmingham Hospital. He was welcomed to eternity by his father, Leonard Jackson; and a brother, Andrew Jackson.

Send flowers to the service of Paul Jackson


Honor the life of Paul Jackson