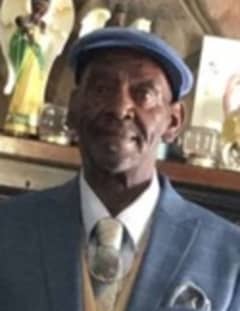 Home going services for Mr. Robert Wiley Reynolds, 68, will be 1:00 p.m. on Tuesday, January 28, 2020 at St. Campbell Missionary Baptist Church. Reverend Richard Fair is the pastor. Reverend Charles Garrett will deliver the eulogy. Interment will be in the church cemetery. Mr. Reynolds will lie in state at the church one hour prior to the service.

Mr. Reynolds accepted Christ at an early age and united with St. Campbell Missionary Baptist Church. He was a graduate of Talladega County Training School and concluded his educational training at Central Alabama Community College. Robert worked in the construction field for many years as a member of the local union #559. On May 2, 1996, Robert and the former Theresa Ann Fomby were united in holy matrimony and remained in covenant until his passing. Robert began his eternal journey on the evening of Tuesday, January 21, 2020 while he was a patient at Coosa Valley Medical Center. He was preceded in passing by his parents, Y. C. and Emma Reynolds; and a brother, Jefferson Reynolds.

Send flowers to the service of Robert W. Reynolds