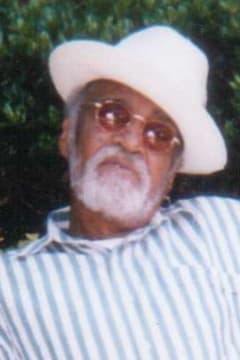 Military honors and inurnment for Mr. Roosevelt Freeman, 86, will be held at 2:45 p.m. on Thursday, October 7, 2021, at Alabama National Cemetery, Montevallo.

Mr. Freeman was educated in Birmingham City Schools and was a graduate of A. H. Parker High School. Roosevelt enlisted in the United States Army on February 27, 1953, and served honorably until February 24, 1956. He furthered his education at Alabama A&M University and became a member of Omega Psi Phi Fraternity, Inc. Roosevelt worked and retired from Jefferson County Department of Health.

On Saturday, September 18, 2021, Mr. Freeman began his eternal rest at Citizens Baptist Medical Center. He was preceded in passing by his wife, Shirley Freeman; and his parents, Reuben and Lillie Freeman.

Mr. Freeman will forever live in the hearts of his three children, Michael Freeman, Angela Freeman and Anthony (Aretha) Freeman, Sr. of Talladega, Alabama; seven grandchildren and eleven great grandchildren; one sister, Lillie (Arthur) Johnson of Emeryville, Georgia; one brother, Melvin Freeman of Montgomery, Alabama; and a host of other relatives and friends.

Send flowers to the service of Roosevelt Freeman

Honor the life of Roosevelt Freeman