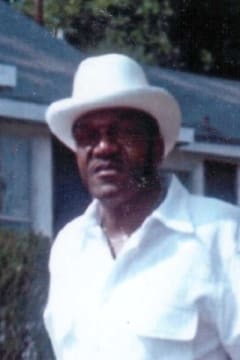 Graveside services for Mr. Tommy Elvin Rhoden, 77, will be 12 noon on Monday, May 11, 2020 at Lilly Rhoden Cemetery. There will be not be a visitation.

Mr. Rhoden accepted Christ at an early age and attended various churches in the community. He completed his education at Phyllis Wheatley High School. After completing his education, Tommy enlisted in the United States Army and served honorably until his retirement from the Army Reserve. Once he completed his military career, Tommy was employed with Tyson Foods of Ashland, Vulcan, Birmingham Steel and Nemak. He was known as the “Kingsman” of Talladega and was a fan of the Minnesota Vikings and Auburn football.

On Wednesday, May 6, 2020, Tommy began his eternal journey home at his residence. He was preceded in passing by his parents, Elisha and Annie L. Rhoden; two brothers, Isaiah Rhoden and Ezekiel Rhoden; and a sister, Gloria Rhoden.

Send flowers to the service of Tommy Elvin Rhoden