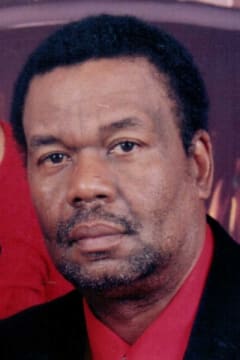 Funeral services for Mr. William Earl Ragland, 69, will be 1:00 p.m. on Friday, August 28, 2020, at Union Springs Missionary Baptist Church. Reverend E. L. Jacobs will deliver the eulogy. Interment will take place in the church cemetery. Mr. Ragland will lie in state at the church one hour prior to the service. Per directions from the pastor, attendance for the funeral service will be limited to the immediate family. Others that wish to pay their respects may do so during the interment. Visitation will be from 2-7 p.m. on Thursday, August 27, 2020.

At an early age, Earl accepted Christ in his life and united with Howard Chapel C. M. E. Church. During his time there, he served as a trustee. He was educated in the Talladega County School System where he attended Talladega County Training School. Earl was employed at Crown Textile for over twenty-five years. He was a hunter, a fisherman and an avid Auburn fan.

On August 15, 1981, Earl was united in holy matrimony to the former Ms. Ernestine Storey. In this union he became the father to two daughters.

With his love for Christ and the church, being led by the Holy Spirit, believing that a family should worship together at one church rather than two, he was baptized by the late Reverend Dr. Samuel Turner and became a member of Union Springs Missionary Baptist Church. He served there until his health began to fail.

On August 20, 2020, Earl answered his Master’s call and passed away peacefully at home. He was preceded in death by his parents, Mr. Lacey and Mrs. Jessie Mae Ragland; a sister, Mrs. Gertrude Curry; and a brother, Mr. Lacey Ragland, Jr.

Send flowers to the service of William Earl Ragland