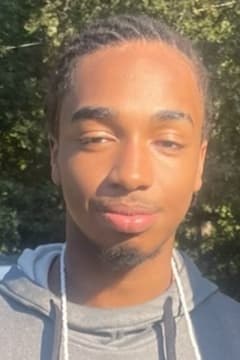 Aaron was a sweet humble child and had a caring heart for others. People he met, he gravitated to and never considered anyone a stranger. An example, is when he first met Rev. Douglas L. Williams, III, who was the youth minister at St. John A. M. E at the time and Aaron would follow him around like he was Rev. Douglas' second shadow.

He was a student at Swift Creek and Lincoln Heights Elementary, Holly Grove Middle and Holly Springs High School. Aaron was smart in school and took an interest in Tae Kwon Do which led to his accomplishment of receiving his blue belt and 1 red stripe.

He had a special love for motorcycles and dirt bikes whom his cousin Mel introduced him to and rode him on his first dirt bike at the age of 3 years old. He also played basketball and soccer. As he got older his love for music grew, he enjoyed writing rap lyrics, playing the drums and wearing hoodies.

Aaron joined St. John at an early age. He was an active youth of the Young People's Division, Sons of Allen, on the Usher Board, attended Sunday School and participated in different church activities. He was a loving son, grandson, a protective brother and Uncle to Nylah, nephew, cousin and friend who will be truly missed.

Masks are required in order to attend the visitation and or funeral service.

Send flowers to the service of Aaron F. Judd