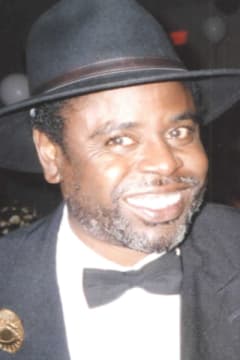 He attended Elementary School in the Fort White area. After his family relocated to Tallahassee, Florida, he attended and graduated from the Leon County School system.

During his childhood, he grew up in the Jehovah Witness faith. In 2002, he joined and was baptized at the St. Mary’s Primitive Baptist Church under the pastorate of Elder Ernest Ferrell.

For many years, Scottie (as he was favorably called by many who grew to know him), worked as a Transportation Worker for Tallahassee Taltran Bus Lines.

When we first met him, he worked as an Electrician with his family owned business, Scott’s Electrical. He came to my house to install a flood light shortly after the passing of my deceased husband, which was on my birthday. He always reminded me, when I would announce that it was my birthday, he would always say “our Anniversary too”!

In 2004, we relocated to Ohio where he worked as an electrician and in retail.

He attended various churches there and continued to participate in many volunteer endeavors after his health began to decline. Prior to relocating, he volunteered as Grand Marshal to the March on Tallahassee. Since relocating to Alabama in 2011, he volunteered with the Retired Seniors Volunteer Program, served as Campaign Manager for Mayoral Candidate, Co-organized and served as a Committee Person for the Annual Unity in the Community/MLK Day Parade in Gadsden, Alabama. He served as VP of the Resident Council at Daugette Towers where he lived for the last five years. Occasionally, he did much of the grilling for approximately 80 residents.

Send flowers to the service of Alonza Scott