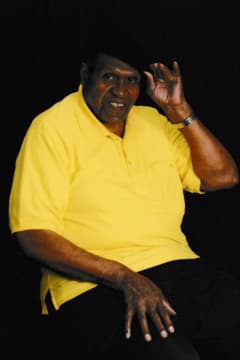 Levy Ansley was born July 15,1933 to Eddie and Emma Dale Ansley in Wetumpka, Elmore County, Alabama. He left this world headed to the pearly gates on May 6,2022 in Gadsden, AL.

He was loved and cherished by everyone he came in contact with. He was forever a role model for young and old. Known to tell stories from his early childhood and always with a sense of humor. Throughout his life he had several nicknames, Sarge, Mack, OPA, Pop, Paw Paw, and Cap (short for captain). He had nicknames for everyone he came in contact with him when he could not pronounce your name, one of them most notably were young people called cowboy, and if you had meat on your bones, you were called heavy duty. He also called people alphabet, boy or girl. One of his favorite quotes for everyone that had conversations with him would be “ALL RIGHT” Levi Ansley formal education was received in the city of his birth. He served in the U.S. Army from August 3, 1953- May 27, 1955. He then went back from October 15, 1961- February 29, 1980. Medals and campaign ribbons received was National Defense Service Medal, Korean Service Medal, United Nations Service Medal, Vietnam Campaign Medal (5 Campaigns), Republic of Vietnam Campaign Medal, Army Commendation Medal, Meritorious Conduct Medal (5th A-Ward), and Expert (Rifle M-16). After serving his tenure with valor and honor he received an honorable discharge. He was preceded by his wife, Katherine Ansley; Companion, Annie Ruth Buggs; son, Levy A. Johnson; great-grandson, Marquel Dominic Hale; Siblings, Charlie, Shirley, A.D., Frank, Willie C, Elma, Mary, Louis, Betty, Almedia, and several nieces and nephews.

Public viewing will be Friday, May 13, 2022 from 12noon-5pm. Funeral services will be Saturday, May 14, 2022 at Mt. Zion Baptist Church at 1:00pm Eulogist: Pastor Z'Andre Huff Interment: Lincoln Hill Memorial Park. Arrangements under the direction of West Gadsden Funeral Home. 256-549-0004

Send flowers to the service of Mr. Levi Ansley